Castello Tesino celebrates 60 years of AVIS with TS4.0 and geocaching

It was the 60th anniversary of the Castello Tesino Municipal Association of Blood Donors. To celebrate the important milestone, the Municipality of Castello Tesino and APT Valsugana Lagorai have organized a varied program of activities for this past weekend. Among the initiatives there were also those proposed by TrentinoSalute4.0 in line with the “National Strategy for the Development of Internal Areas“, aimed at promoting the TreC+ apps (for access to the electronic Health Records and provincial health services) and Trentino Salute+ which encourages a healthy lifestyle, through the use of technology.

The Councillor for Health, Social Policies, Disability and Family, Stefania Segnana, who attended the inauguration, thanked Avis for the invitation and all its volunteers: “I bring you the greeting of President Fugatti and the entire Provincial Council. We’re here to celebrate a significant milestone. The Tesiino basin has always been a land that believes in volunteering. This is demonstrated by the presence of the Sick Transport Service, one of the few in Trentino that is fully managed by volunteers. As for blood donation, the Avis of Castello Tesino together with the Avis of Lower Valsugana are able to guarantee the need for blood and also export it to other regions. This also happened during the pandemic, allowing for harvesting to be completed. We can therefore be proud to celebrate these 60 years of activity and this group of volunteers who are pillars of an attentive and active community.”

Castello Tesino Town AVIS President Elvis Dean stressed that “this is a significant milestone for a small community like ours that can boast 130 members. I thank the authorities for coming here to celebrate with us and especially all the volunteers who believe in Avis”. The inauguration was also attended by Mauro Sutto, by the Deputy Mayor of Castello Tesino Fabio Franceschini, by Giacomo Pasquazzo from the Borgo Valsugana Town AVIS representing the AVIS Trentino, and by  Fabrizio Trentin with the Trentino-Alto Adige AVIS.

The TrentinoSalute4.0 activities
TrentinoSalute4.0 met the Tesino area by participating in the initiative organized by the Association of Blood Donors (AVIS) with the Municipality of Castello Tesino and the APT Valsugana Lagorai for the 60th anniversary of the foundation of the Town Association.
In addition to the information desk scheduled for Saturday, July 16 in the afternoon, where citizens were helped to activate and install health apps, Sunday afternoon, TS4.0 proposed a walk in the woods with geocaching in search of the town’s “fountains”. It is a sort of “virtual treasure hunt“: within the Health+ App, participants select the “Healthy footprints” menu to start the game. Simply activate the GPS (geolocation) on your smartphone, select the “Tesino” trail, locate and reach the 13 fountains visible on the map and complete the route. All those who were able to find the fountains received a gift.
In addition, two conferences were held in the afternoon (“Health in the age of digitization” and “Health+ and the promotion of healthy lifestyles”) by Diego Conforti and Riccardo Farina, with the Department of Health and Social Policies of the Autonomous Province of Trento and TrentinoSalute4.0.

Images and videos by TS4.0: https://we.tl/t-LNIHcIrnWs 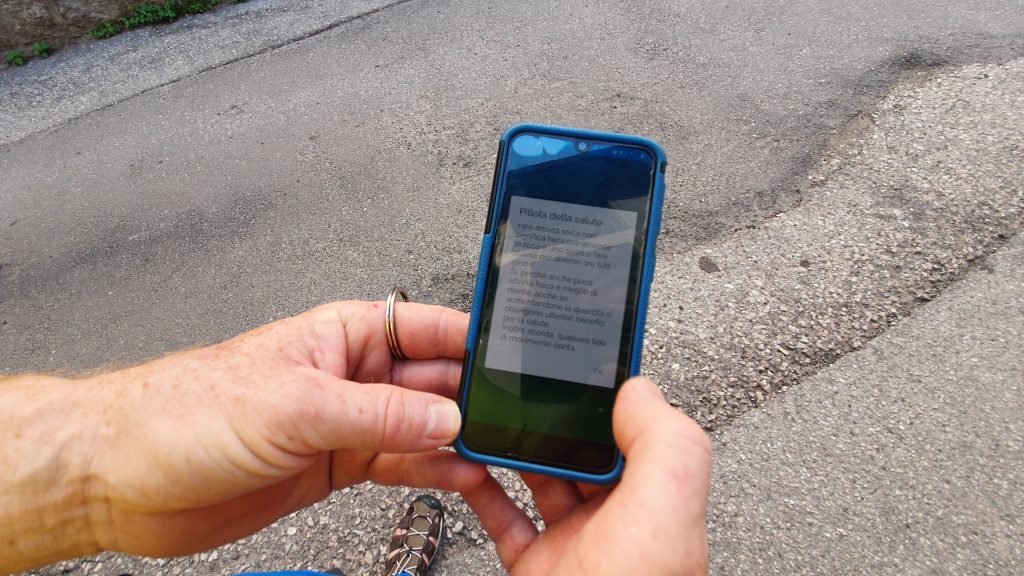 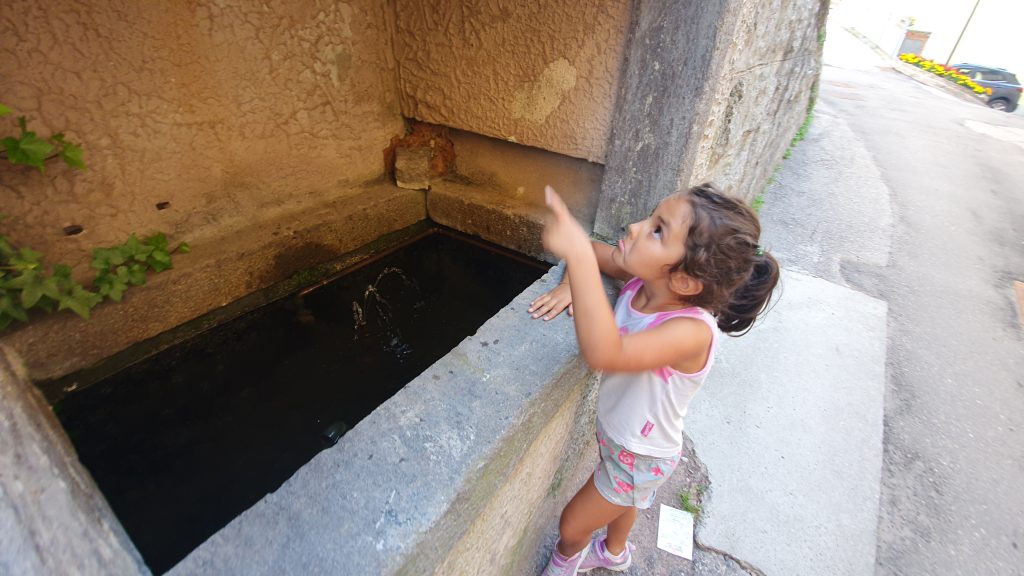 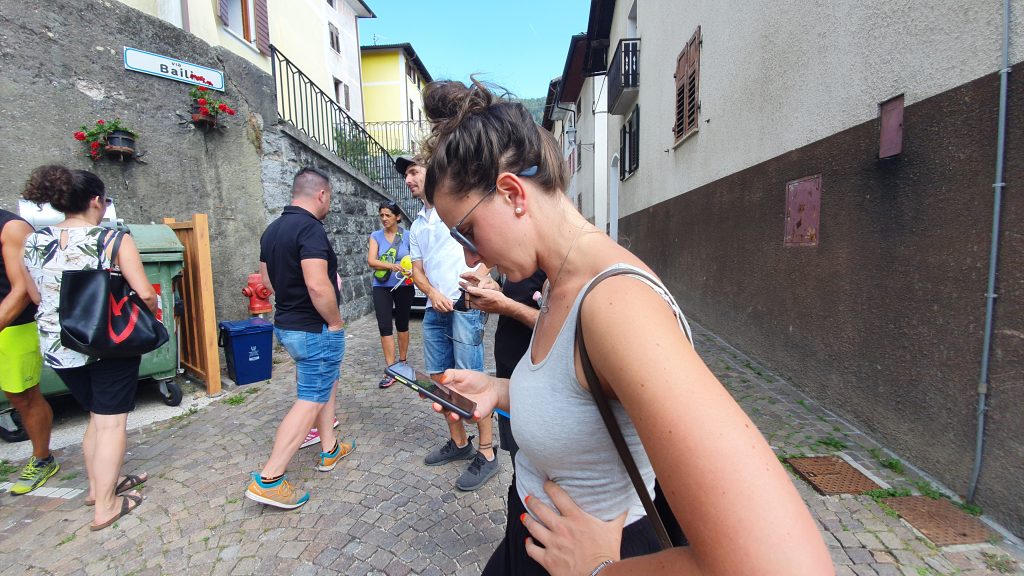 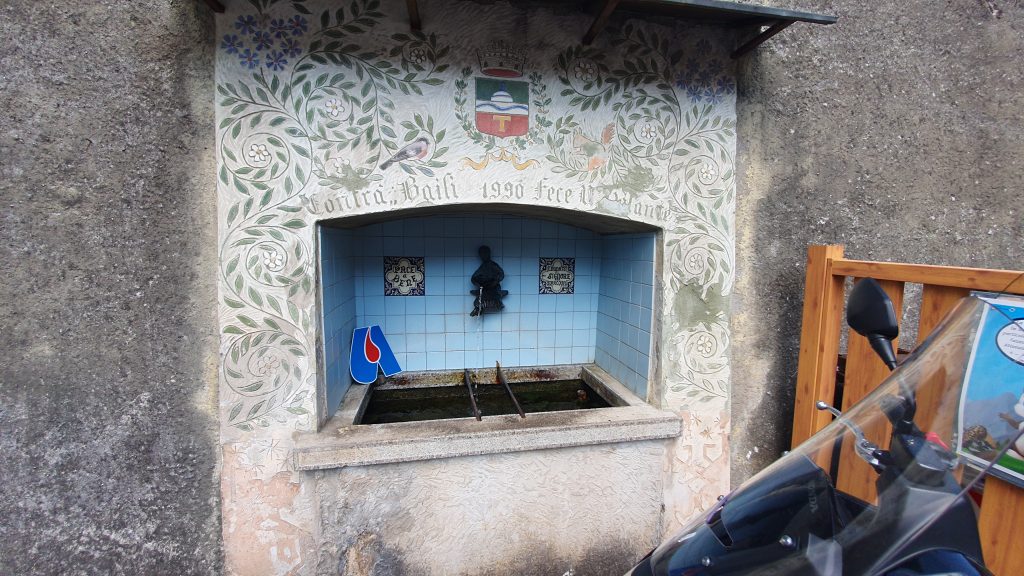 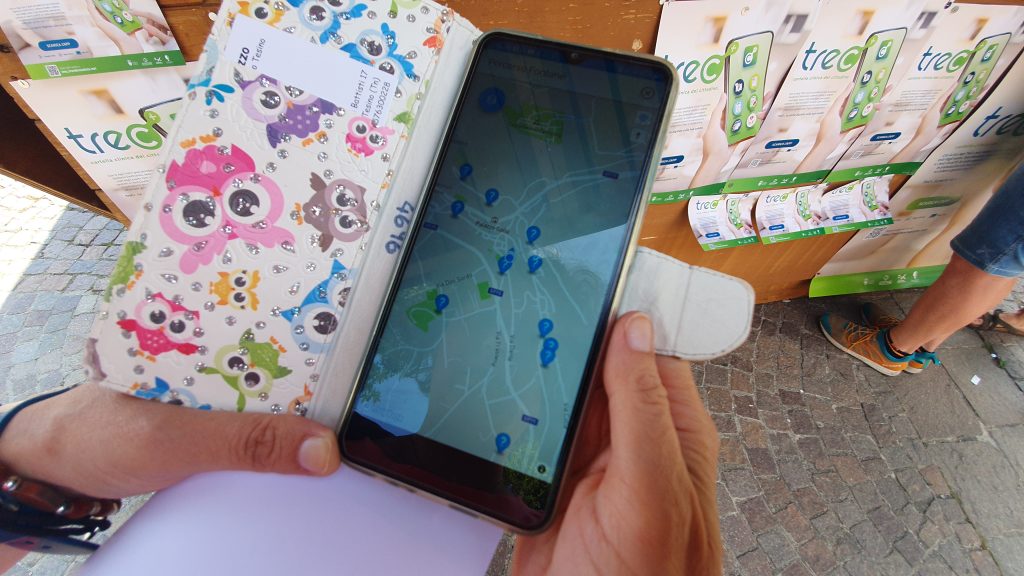 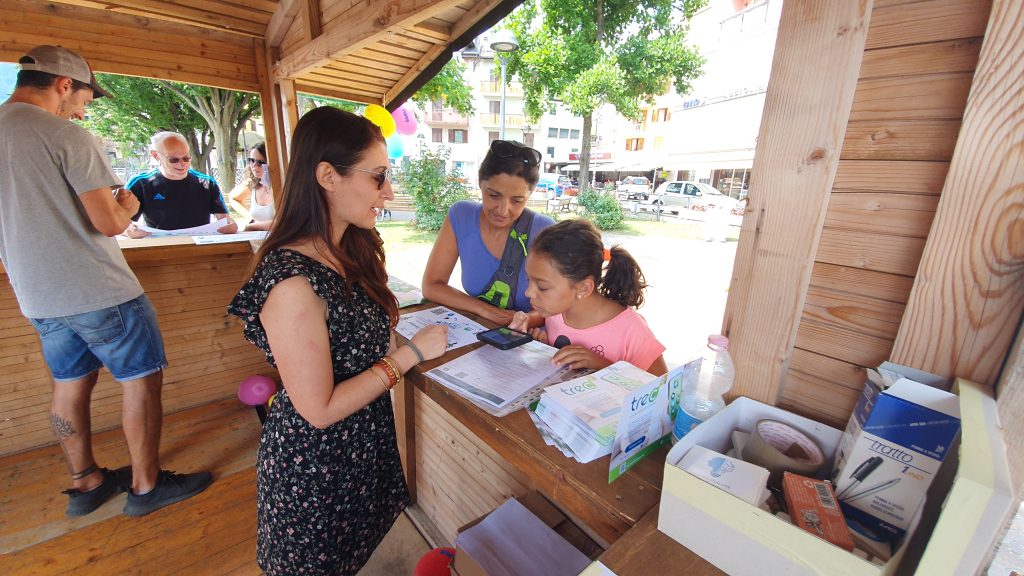 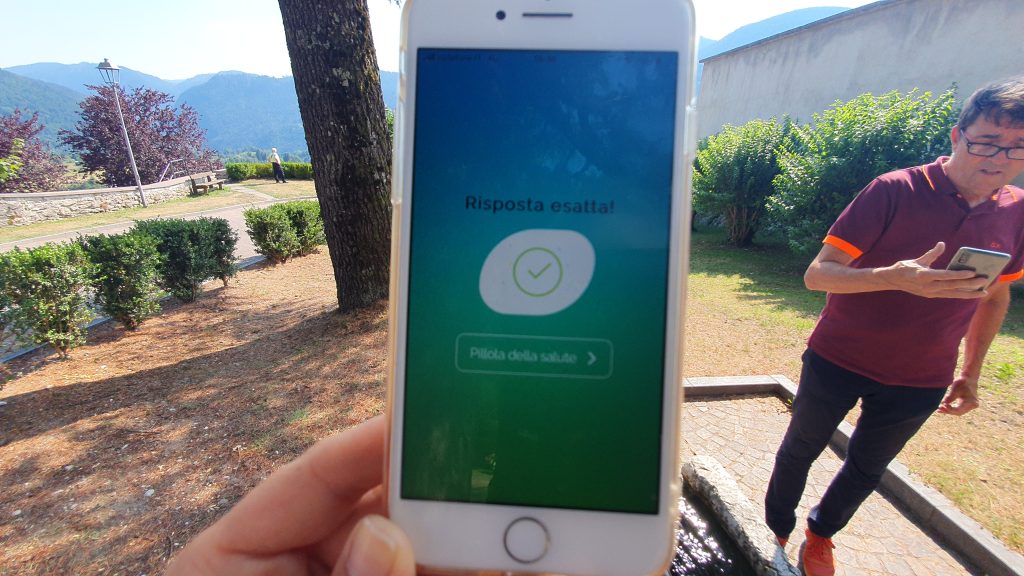 unting for Tesino fountains with geocaching and the Salute+ app