In the path of those who live, fall ill and die, what is the doctor’s task?

“At Barcelona’s Sagrada Familia, the cathedral that Spanish architect Antonio Gaudi left unfinished, within the Nativity and the Passion spires, there is a long spiral staircase that shrinks dramatically as it rises, gradually making breathing harder to those who climb it; those who have done it often describe this experience as the anguished transit through a sort of birth canal in which one feels imprisoned, unaware of what they will find at the end.  But the last, very narrow, passage reserves them an opening on a tiny space, dominated by the imposing sculpture of an angel, with his wings open against the sky. And they have felt a great sense of liberation there”. With these words, Antonella Graiff, coordinator of the “FBK for Health” program, opened the conference “End of life and the person’s dignity. A debate on the recent ruling of the Constitutional Court No. 242/2019”, which was held on January 24 at Trento based Fondazione Bruno Kessler.

Lawyers, doctors, health workers and experts on this topic discussed, in a highly attended debate, the contents of the Court’s ruling to the end of sorting out the impacts for the profession of physicians may be in terms of ethics, and the responsibilities of the National Health Service public structures.

In the discussion that took lace in the afternoon, organized by the Trento Medical Association and by the Fondazione bruno Kessler “FBK for Health” program, and sponsored by the Trento Province Heatlhcare System, each speaker made a contribution to “knowing how to be” a doctor, in his/her difficult position as an intermediary between society and science, variables that are unrelently changing. At the center of the debate is article 17 of the Code of Deontology which reads “The doctor, even if at the request of the patient, must not suggest or favor treatments aimed at causing his or her death”.  But in light of the Constitutional Court’s decision No. 242 of September 25, 2019, which declared article 580 of the Criminal Code partially illegitimate, doctors ask themselves: how should we behave if we want to abide by the sentence without putting ourselves in conflict with the code of conduct?

“The patient” – Luciano Eusebi, professor of criminal law at the Catholic University of Milan explained – “pursuant to Law 219/2017 can already refuse life-saving treatment. Of course, everything will depend on how the patient has been followed: if they have been abandoned or blamed for representng a cost, they will probably not refuse treatment that is still proportionate. But of course patients cannot be forced to continue receiving treatment. The Constitutional Court decides that there may be very limited room for physician-assisted suicide that is not punished as criminal offense, even if it remains not compliant with art. 17 of the code of ethics. It is a non-criminal offense punishment”.

In what circumstances? “Only in the case in which” – Eusebi replied – “the patient is receiving life-saving treatment that he/she can refuse, in the event that the disease is irreversible and the suffering is deemed unbearable”.

Is an inspection by the National Health Service authority required as well? “Yes, but without any obligation for the doctor or the public authority to ensure assisted suicide. At the same time”- Eusebi concluded – “a possible procedure for physician assisted suicide needs the approval of the competent Ethics committee. First of all, though, it requires that palliative care be not only been made available to the patient, but also effectively tried as we cannot speak of unbearable suffering if this element of solidarity has not been implemented, which, in our country, we must make a real effort to make it available to everyone”.

In recent months, the sentence has ignited an intense debate and shaken consciences, especially in the Italian medical profession. There are considerable interpretation hurdles from a professional ethics standpoint, and the National Health Service has been forced to adopt consistent organizational methods. Attorney Gianfranco Iadecola, former Supreme Court of Cassation judge, explains what the most critical point is: “Basically, after having stated that the protection of the patient’s interests to be assisted in the implementation of their purpose to hasten their own death, if certain requirements are met, is compliant with the Constitution, the ruling establishes the non-obligation of the doctor to provide his o her assistance, having the right to invoke his freedom of conscience”.

So where do doctors find the answers to honor their oath and how do they not limit their freedom of conscience? “When we talk about freedom of conscience” – Iadecola replied – “we talk about a choice that is grounded in medical ethics. So the Constitutional Court keeps the value of freedom of conscience in high regard, almost retrieves it, as it is related to our professional ethics, part of our constitutional values. This caused physicians to feel “relieved” as they had seen themselves called, by virtue of the decision, to provide assistance in a procedure for which they had not been consulted and their ethical values had not been taken into account”.

The debate hosted at the Kessler Foundation focused also on the responsibility of the National Healthcare System. Every day, in fact, healthcare organizations make treatment choices that are often difficult, not only end-of-life choices, but in all those health and social-care contexts where clinical complexity must be balanced with the values of the person, with his or her fragility and with the appropriateness of care. The Trento Province Healthcare System (APSS) has set up, under the Forensic Medicine Operational Unit, the new Bioethics and Code of Practice Office that provides support to the organization’s professionals and managers with all those difficult clinical choices that pose conscience and public responsibility issues. “In this time of complexity, in which technology has made great strides” – Fabio Cembrani, director of the APSS Forensic Medicine Operational Unit said – we need to ask ourselves what are the human limits to medical actions and practices. Doctors need support, help, a network, active assistance so they can make choices that are not just defensive. The ruling therefore opens up new, difficult scenarios, on which different ideological visions meet. Of course, it does not set forth obligations for doctors, but it does provide for procedural obligations for the healthcare structure, i.e. checking and verifying that the requirements that the Court has deemed legitimizing to medical assisted suicide exist”.

The debate was also attended by Pierantonio Muzzetto, coordinator of the Code of Practice Advisory Board of the National Medical Association- FNOMCeO who recalled how the day after the publication of order of the Constitutional Court n.207 of 2018 on the punishment of aid to end of life (criminal proceedings against Marco Cappato for the assisted suicide of Fabiano Antoniani – called “DJ Fabo”), the Advisory Board initiated a process of examination and study, which has had the Code of Ethics as a constant reference, on the profound change of the paradigm of care generated precisely by the Court.

Today more than ever, doctors are called to express their thoughts and to take a position only in the interest of people. Especially, the weaker and more vulnerable people, whom the system wants to protect by avoiding external interference in an extreme and irreparable choice. “The topic addressed in the conference is very relevant today” – Marco Ioppi, president of the Medical Association of Trento concluded – “and the debate that has emerged confirms that there is a great need for in-depth exploration, considerations and a lot of preparation. If we doctors really applied the Code of Ethics and knew how to be doctors who meet the patient’s needs, relying on our reason for being, solidarity, perhaps we would also have fewer patients who ask to die, because that cry of pain that the patient launches, that decision to end it, is sometimes a consequence of so much loneliness, coldness and a situation that we doctors are unable to fill. Let us take back our role and stay close to patients, especially in this very delicate moment and let us also learn to talk about “dying”, “aid to die” and not so much about assisted suicide, but about “assisted end of life”. We will try to continue this journey together so everybody cares more about these issues”. 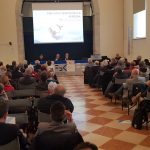 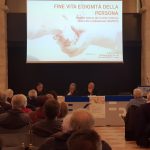 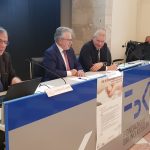 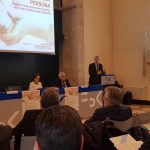 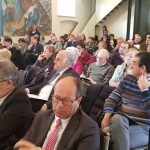 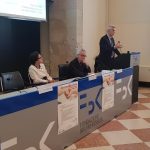 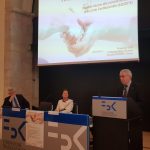 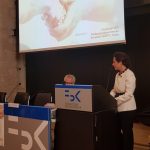 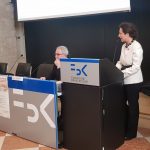 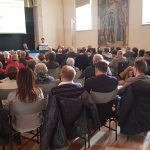 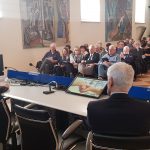 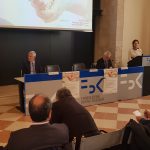 #Covid19. What are we doing in Trentino? How to prepare