A strong spirit of competition has characterized the “Asbjorn Cup 2019” treasure hunt among the European representatives of ENAS, the European Network of Academic Sports Services, organized by UniTrentoSport, in collaboration with TrentinoSalute 4.0. They had gathered in Trento for the 22nd edition of the ENAS Forum & Assembly.

Despite the rain, more than 90 participants showed up at the starting line on Wednesday, November 6, 2019, to take part in the geocache hunt.

The experts from ENAS, the network of over 120 universities and sports organizations from 21 countries across the continent, which aims to promote college sporting and physical activity, split into teams and did battle with one another among the streets of the Trento armed with mobile phones. The challenge? Walk through the streets of the city center and find as many geocaches as possible in max one and a half hours.

To do this, the contestants installed the GeoTreC App, developed by the FBK e-health Unit researchers at the Sports Festival, enabled GPS and decided on the best route to find the clues (geocaches) displayed on their mobile’s map.

Once the time was over, the competition rules provided that the teams would return to the starting point in Piazza Duomo and engage in a final quiz on healthy nutrition and lifestyles.
Satisfaction was expressed by the volunteers and the organizers of the initiative: “We had a great time. Participants raced about Trento like crazy, ignoring all kinds of road signs! “- said a volunteer who accompanied one of the groups.

Thursday, November 7 at the Gran Hotel Trento, the team that collected the most geocaches and answered the questions correctly was awarded a prize. 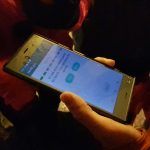 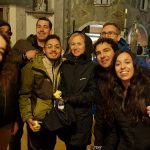 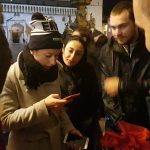 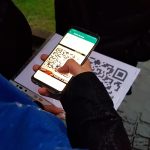 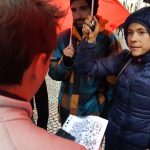 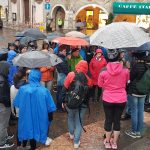 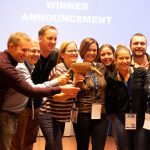 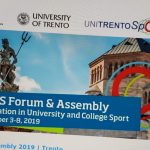 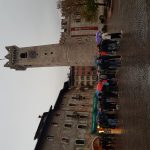 For more information on the ENAS Forum, dedicated to digital innovation in sports this year, please visit:

A big treasure hunt with ENAS delegates and our GeoTrec app

Promoting health in the workplace: the "Key to Health" project