ACTIVE AGING. MORE THAN 22 MILLION AND 575 THOUSAND WERE THE TOTAL STEPS COUNTED BY THE PARTICIPANTS OF “DUE PASSI IN SALUTE CON LE ACLI”

The third edition of the TrentinoSalute 4.0 project with the FAPs of ACLI Trentine has wrapped up

The initiative involved more than 44 seniors in the 12 walks in Trentino-Alto Adige, from March 5 to June 2, 2019, who competed in the meadows and woods of the Region (but also on city streets), covering over 22 million steps.

The third edition of the TrentinoSalute4.0 project wrapped up in Trento on June 7, that involved the members of the FAP (Federazione Anziani Pensionati delle Acli trentine, the Senior Citizens Pensioners Association of the ACLI-Trentino) in an “active aging” challenge, which includes the process of optimizing opportunities for health, participation and safety in order to improve the quality of life of people over 60.

The challenge award-giving ceremony took place at the offices of the Association in Via Roma, in the presence of FAP-ACLI secretary Claudio Barbacovi, together with the staff of the ACLI, the experts featured in the initiatives, the representatives of TrentinoSalute4.0 and the FBK researchers, who illustrated the results of this third spring edition.

Competition was decisive for some, while for others it was the spur that allowed them to keep focused on the goal: taking at least 10 thousand steps a day to increase the score of one’s group. In order to promote a healthy sense of challenge and collaboration, the participants were divided into 11 teams, each headed by a team leader, who had the task of motivating and keeping the group together during the 12 walks.

The participants’ response was unanimous: an initiative to be repeated! The greatest satisfaction, in addition to the benefits for health and for the mind, has been being able to use digital technologies to socialize, walk together and learn more about the local area. “This is a beautiful thing, it must be repeated!” – says enthusiastically Bruna, 72, of Trento, who has participated in the initiative “Due passi in salute with the Acli” since its first edition. “Before joining the project I wouldn’t walk that much, I wasn’t motivated. I would just go for a walk. Since I joined it, I began to feel the benefits, especially for my breathing problems. In fact, even when the walks ended, I felt the need to keep moving to feel better. My doctor recommended that I continued these activities. I recommend it to everybody, because it is truly healthy from every point of view, not only for your body, but also and above all in terms of interaction with others”. Marcello, from Trento, 73: “I have diabetes problems. I have high blood sugar and cholesterol. I said to myself, I think I’ll go so I can lower the levels a little.  And this was the incentive to continue. Furthermore, you get to socialize, you walk together. But there is a third positive aspect: we learn new and interesting things and, indeed, I discovered things that on my own I would never have, even if I am a fan of museums, history and photography. I would have never discovered the many little treasures we have around here without this kind of experience.”

You can see how they talked about their experience in the video below.

To achieve this, we shared the pleasure of spending a few days with them during the walks and tried to “live more years in good health”!

This spring edition in numbers:

01/22 conference on the prevention of respiratory disorders with Dr. Dino Sella – Senior Italia

01/30 meeting on the prevention of musculoskeletal disorders with Dr. Grecchi and Paolo Zuccatti

The pictures of the award-giving ceremony:

The goal of “Due passi in salute con le ACLI” is promoting active aging by raising awareness about correct lifestyles and the use of new technologies. The “Due passi con le Acli” initiative is promoted by the Federation of Elderly and Retired of the Acli. Like the first two editions, the project aims to explore how mobile technologies can promote the physical, mental and social well-being of a group of elderly people. Also this third study aimed to promote healthy and correct lifestyles through the use of technologies. The project was carried out in collaboration with the Department of Health, Social Policies, Disabilities and the Family of the Province of Trento and with the Center for Competence on Digital Health “Trentino Health 4.0.”

Active aging is, according to the definition of the World Health Organization, “a process of optimization of opportunities related to health, participation and safety, with the aim of improving the quality of life of elderly people”. This concept is the result of a demographic transition that has seen the reduction of mortality, a consequent decline in the birth rate and a progressive lengthening of the life span. The European Union had proclaimed 2012 “the European year of active aging and solidarity between generations”. The initiative aimed to raise awareness of the contribution of older people in society and to promote measures that enable them to remain active by seeking to encourage specific political actions in favor of active aging.

The challenge of active aging

The aging of the population represents a challenge for society. On the one hand, we will have to deal with the increase in the demand for care (in particular for chronic diseases), the increase in the need for care and the overload of the pension and welfare system. On the other hand, the problems that older people are typically subject to, such as social marginalization and loss of autonomy, are becoming increasingly impacting on the community (Delai, 2013).

In order to meet this challenge, a change of perspective on how old age is conceived is needed: it must no longer be considered a problem that weighs on the welfare, health and social security system, but a resource for the active role played within society by the elderly: family, voluntary work, etc. It should be noted that the term “active” does not refer only to the ability to be physically active or to participate in the workforce, but to continue to participate in the social, economic, cultural, spiritual and civil life.

The concept of active aging therefore extends to the idea of pursuing a healthy life and a quality of life for all the aging people and, in this, the maintenance of autonomy for the elderly person becomes a critical goal. It is, thus, necessary to safeguard the ability of the elderly to remain independent and in good health. The general strategic vision is to think of a physical and social life environment suitable for the elderly, in which they can preserve their health and functional abilities, enjoy a state of well-being and live with dignity, without discrimination and with sufficient economic means, in contexts that help older people feel safe, stay active, have control of their lives, be engaged in society and have access to appropriate and high quality services and assistance.

The “Due passi in salute con le ACLI – third edition” project aims to re-launch the main goals of the first two editions of the project: promoting the well-being and empowerment of older people, with a particular emphasis on the development of technologies to support healthy lifestyles. The study is based on the evidence emerging from the literature, which shows a percentage of elderly Trentino residents at risk of chronic-degenerative diseases, overweight and social isolation: to the end of favoring the change of perspective in conceiving old age and considering elderly people as a resource for society, it is important to safeguard their ability to stay healthy. Specifically, the four factors we wanted to address are as follows:

As for the technologies proposed, given the enthusiasm reported by the participants in the first edition towards the possibility of keeping track of steps, in this third edition they were offered to use:

TrentinoSalute+, a platform for the promotion of healthy lifestyles based on virtual coaching, with the aim of making users’ lifestyle healthier and making them more aware of their health status. The participant is initially asked to complete a specific questionnaire which, in addition to a personal information section, consists of questions that focus on behaviors that are universally recognized as the “pillars” of health (exercise, nutrition, smoking, alcohol) and some on their level of social inclusion (volunteering and association membership). Once the initial score has been established and areas of health have been identified where the person has room for improvement, a virtual assistant – Salbot – will intervene, who interacts with the participant and proposes to improve their lifestyle through health challenges.

TreCPassi, an app that allows the user to monitor how active their lifestyle is and compete and collaborate with other users in active lifestyle competitions. By collecting data from universal platforms such as GoogleFit and Healthkit, it allows the user to track daily steps in the way most suited to him (accelerometer, fitness bracelets, smartwatch …) and add score to their team. The score reflects the activity level of their lifestyle, and is calculated based on the number of daily steps taken, and on exercise constancy (users have a points bonus if they maintain an active lifestyle on a daily basis, and not only on weekends).

The program, which started in September 2018 and closed in June 2019, involved various initiatives including 12 natural trails and cultural excursions in the region, during which the participants had the opportunity to receive advice and information on good practices for a correct lifestyle.

Seven outings took place in Trentino, five in South Tyrol. The series of evevnts also included a walk with Dr. Maurizio Del Greco, director of the Cardiology Department of the Rovereto Hospital, who – at the Segonzano pyramids, on April 17 – discussed in depth some aspects of cardiovascular diseases prevention with the participants.

There was also Grazia Demozzi, trainer and expert in “Laughter Yoga”, who offered the group both moments of reflection as well as relaxation and yoga techniques. And more: four culinary tours focused on healthy eating was also included. On two other occasions, participants were given the opportunity to create “healthy packed lunches”, following the guidelines suggested by Dr. Pirous Fateh-Moghadam (PAT – Health Observatory), so as to encourage people to prepare meals (including packed ones) with healthy products. During these particular outings, there were doctors or experts available to answer any questions the participants might have. In short, an opportunity to enjoy a gastronomic experience combined with a pleasant walk with friends, to get to know the region also through its flavors. 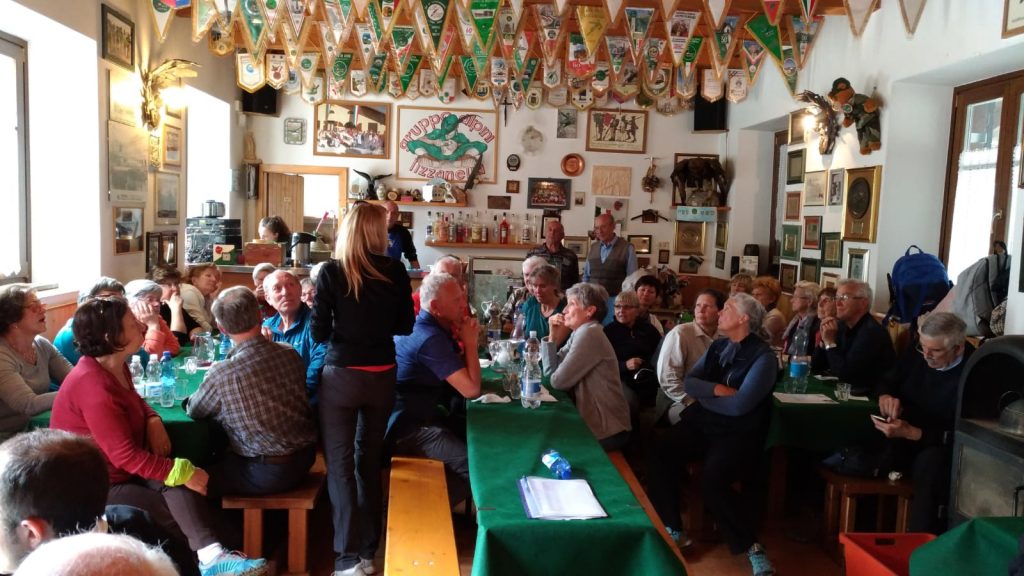 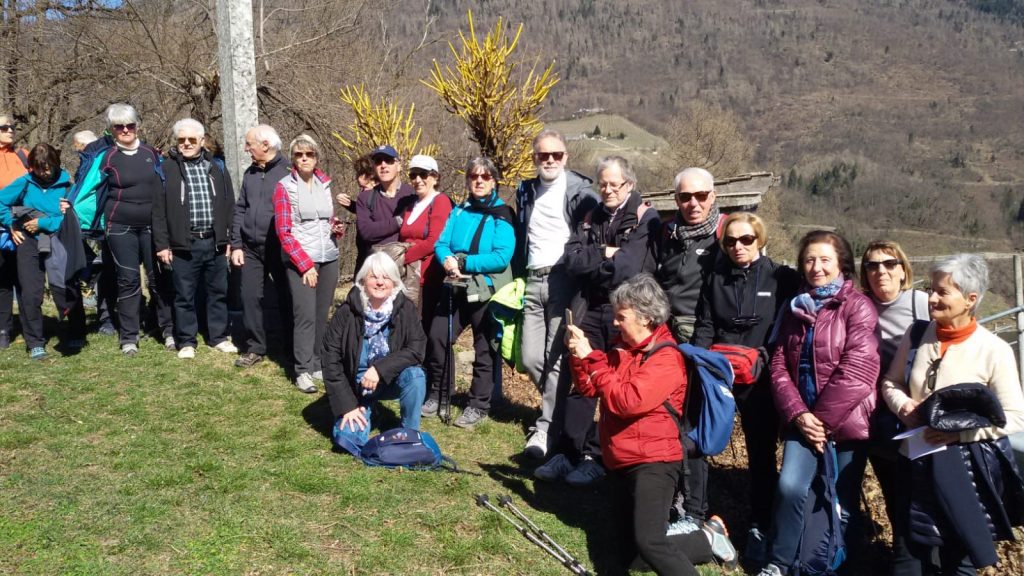 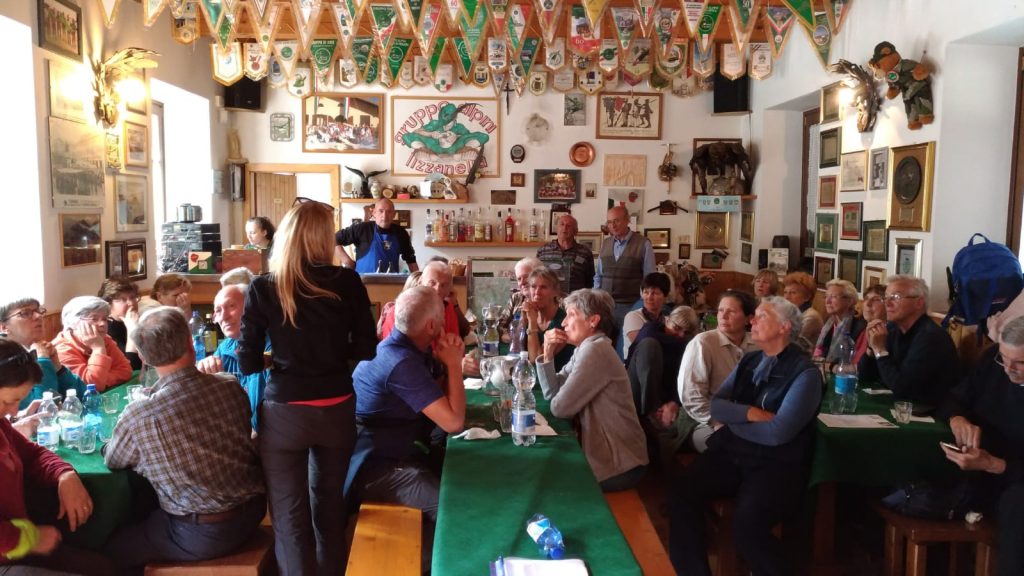 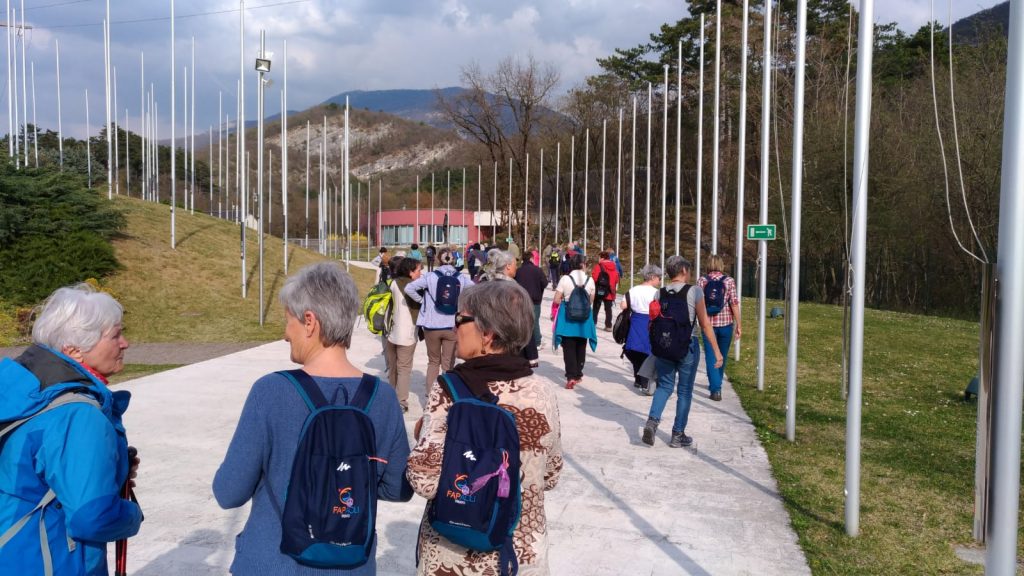 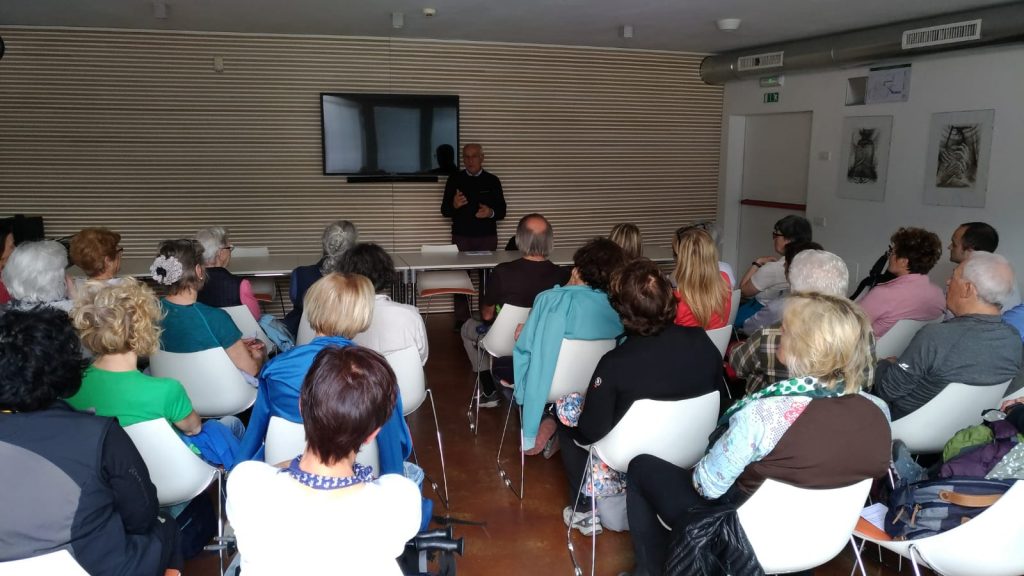 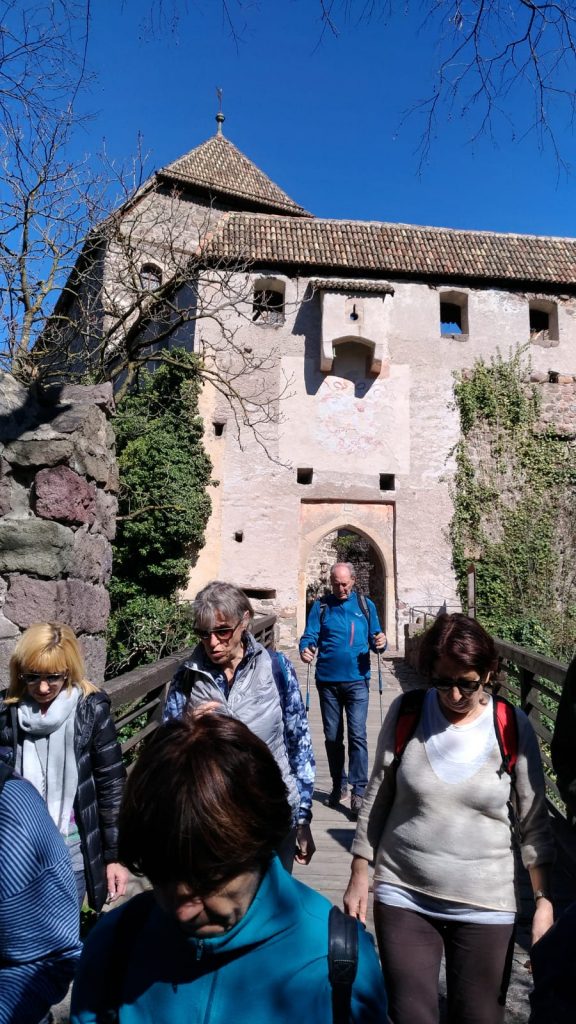 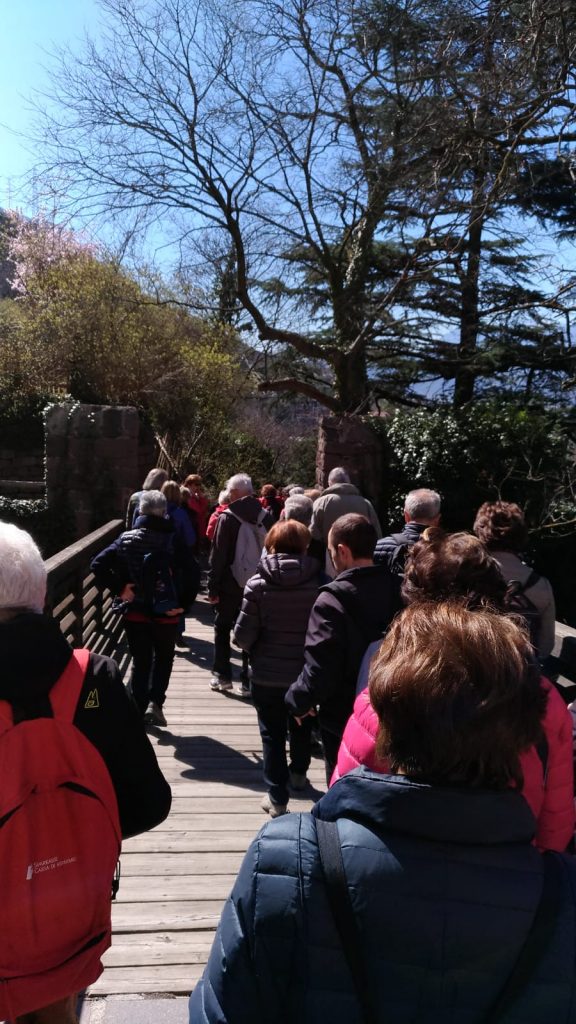 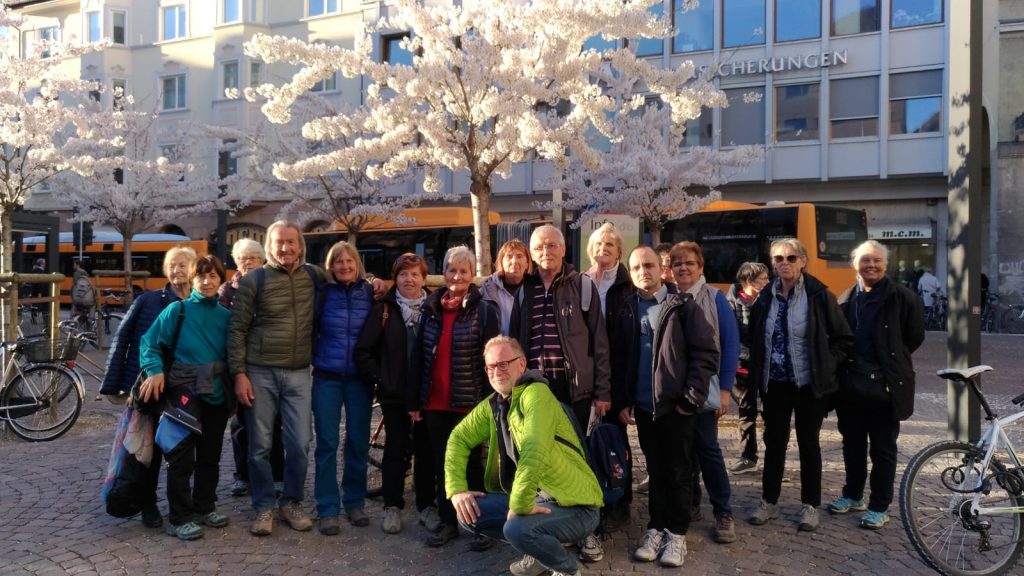 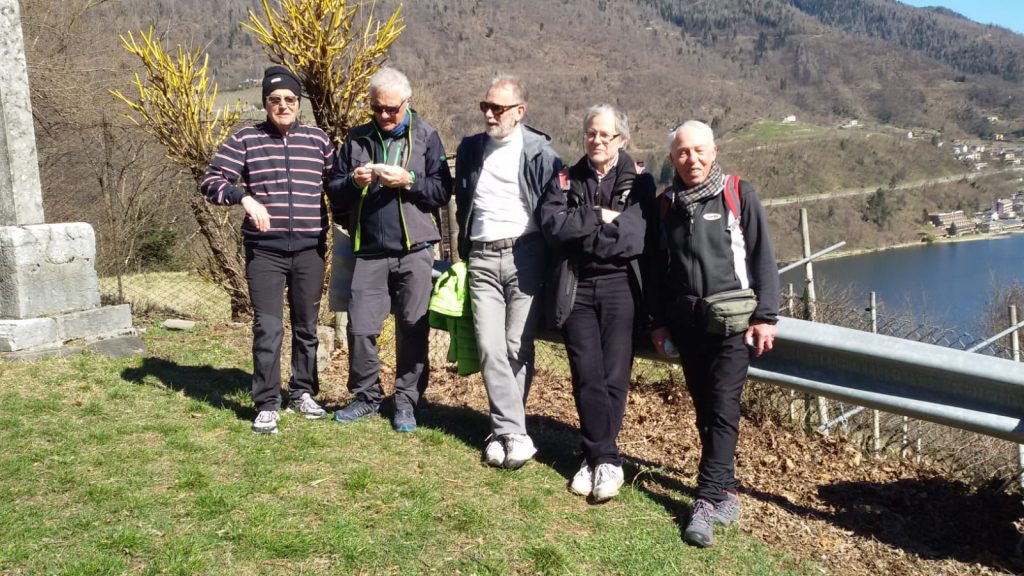 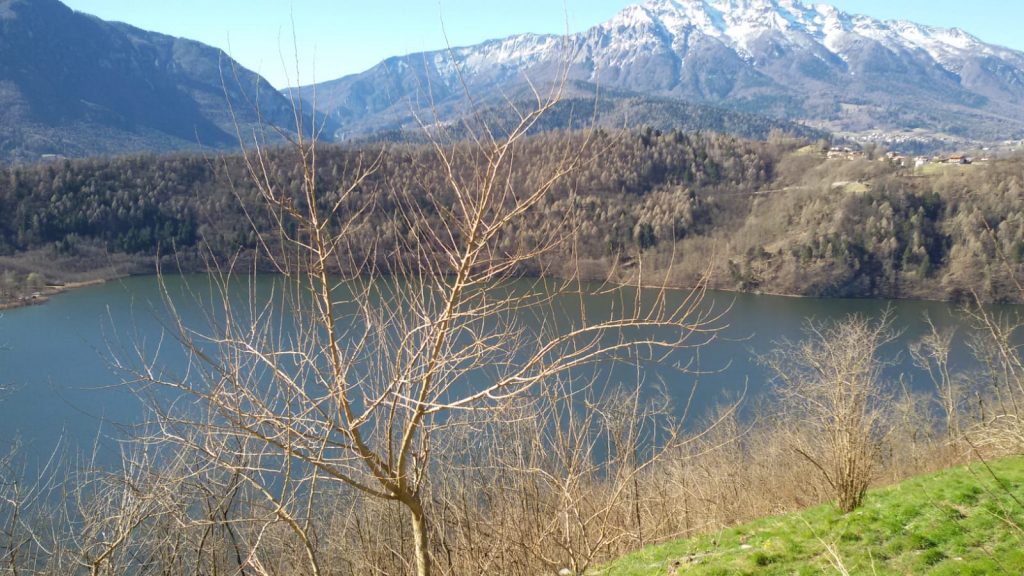 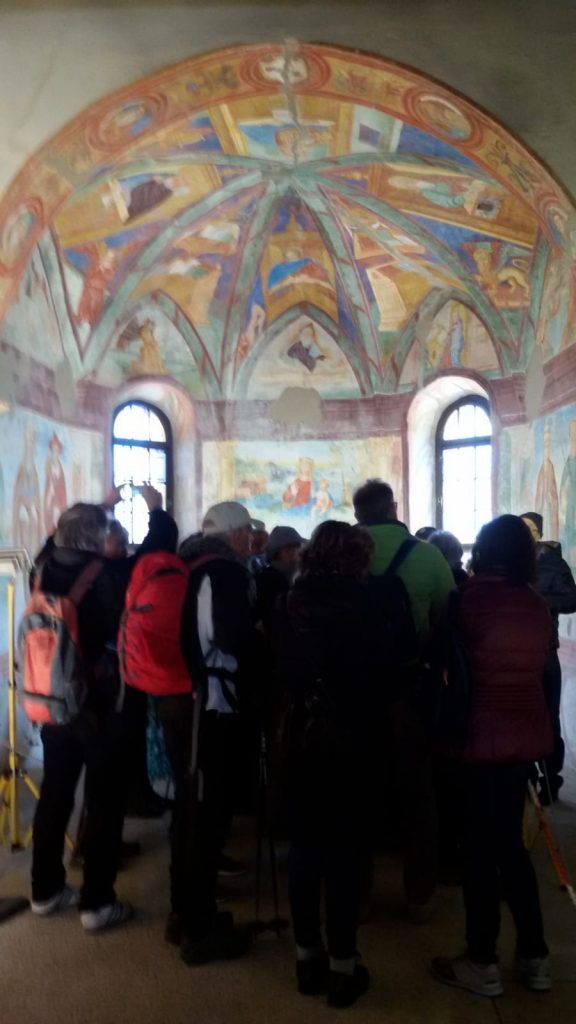 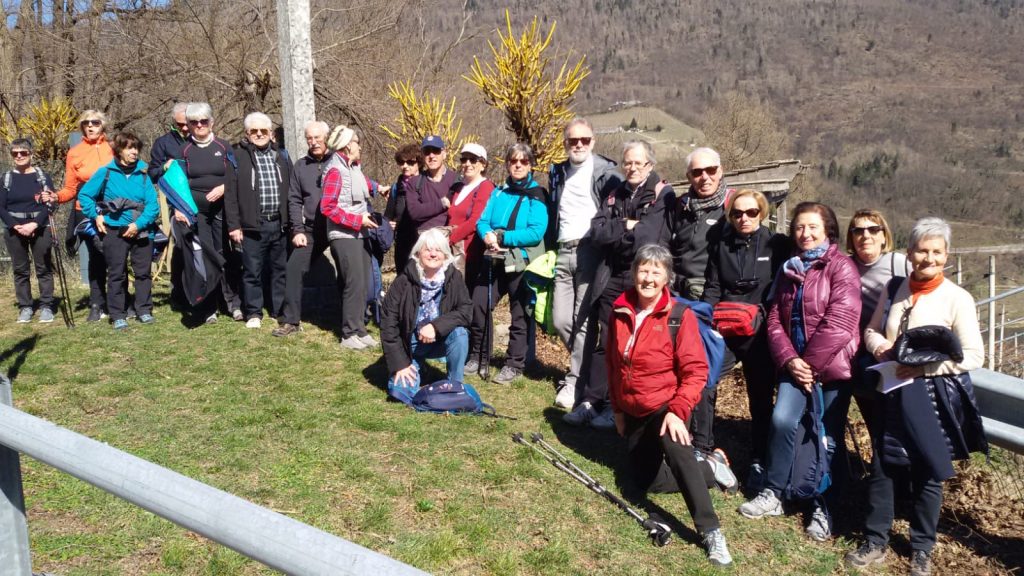 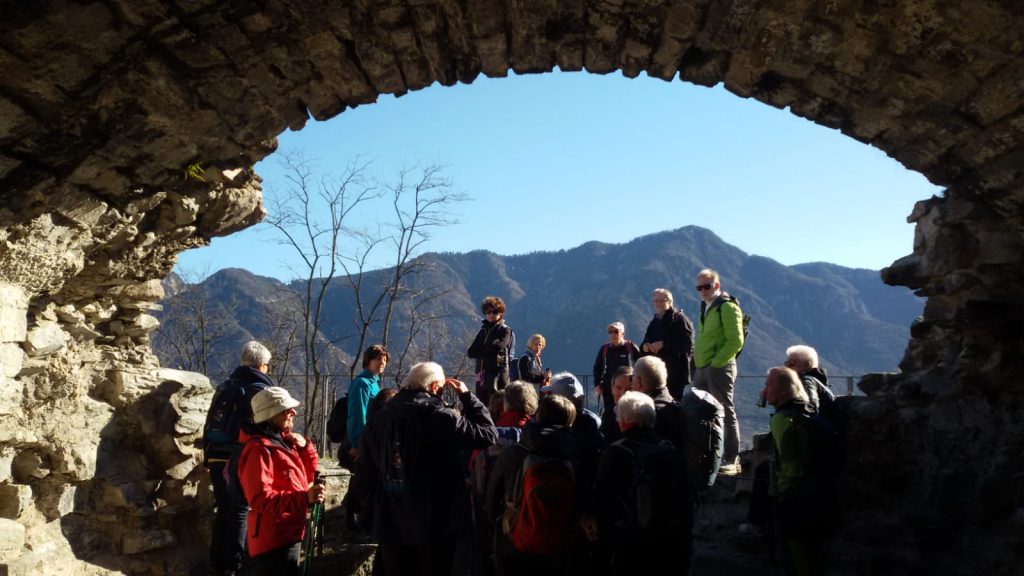 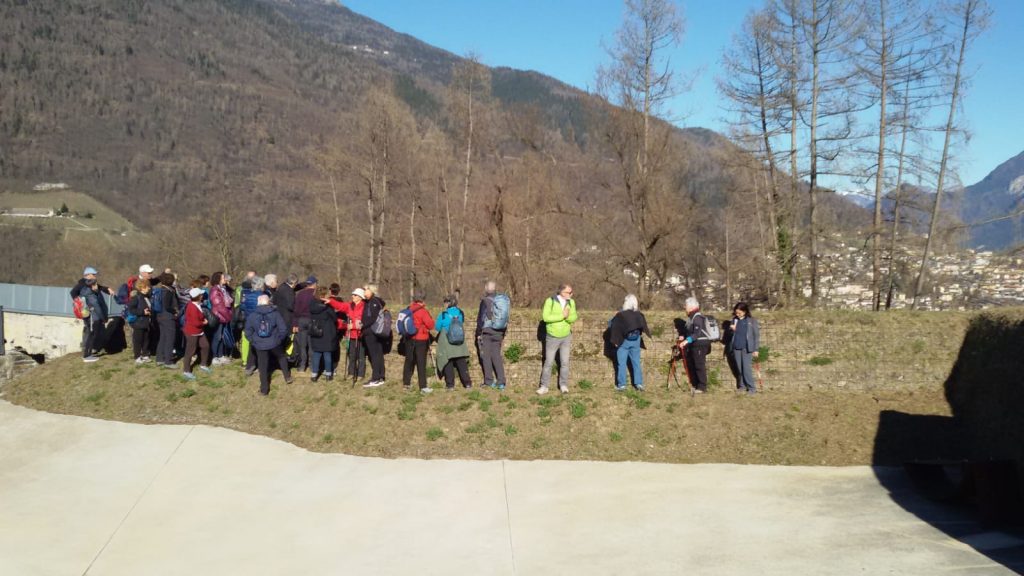 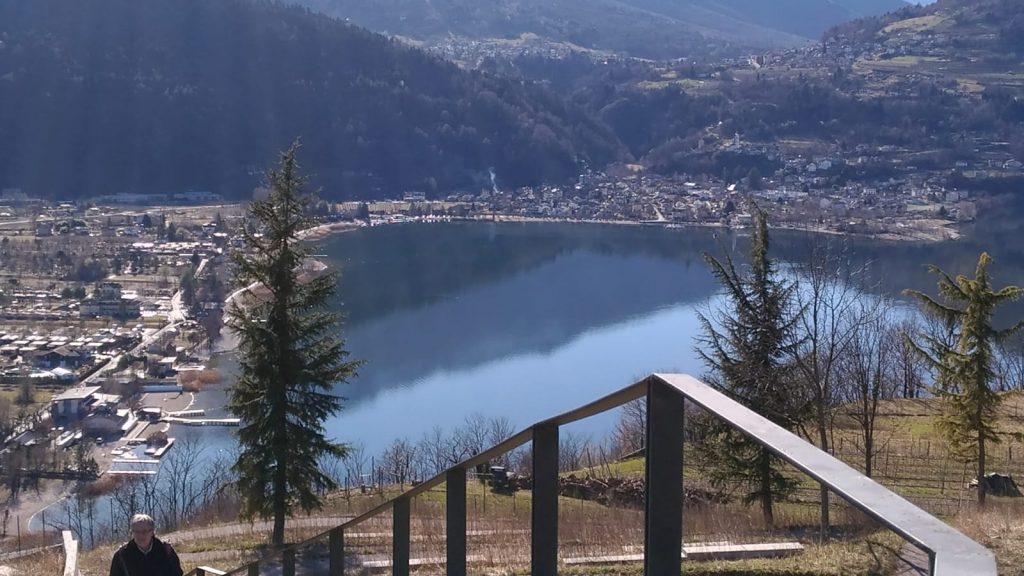 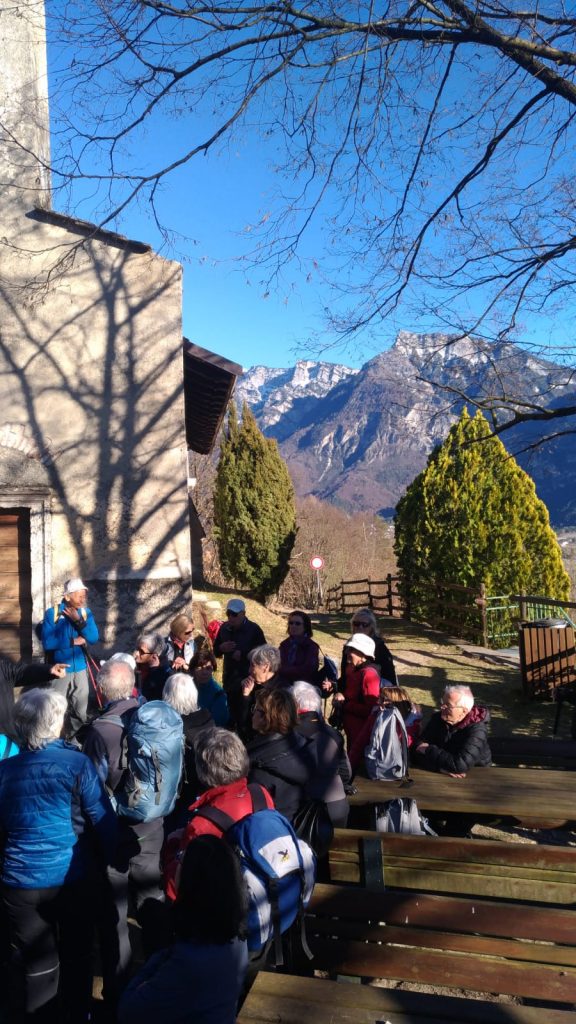 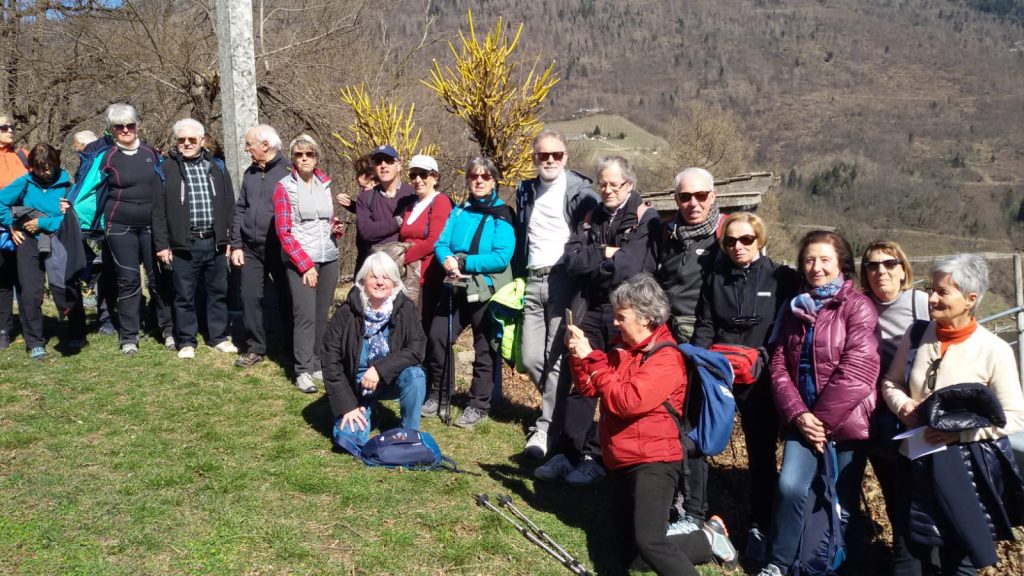 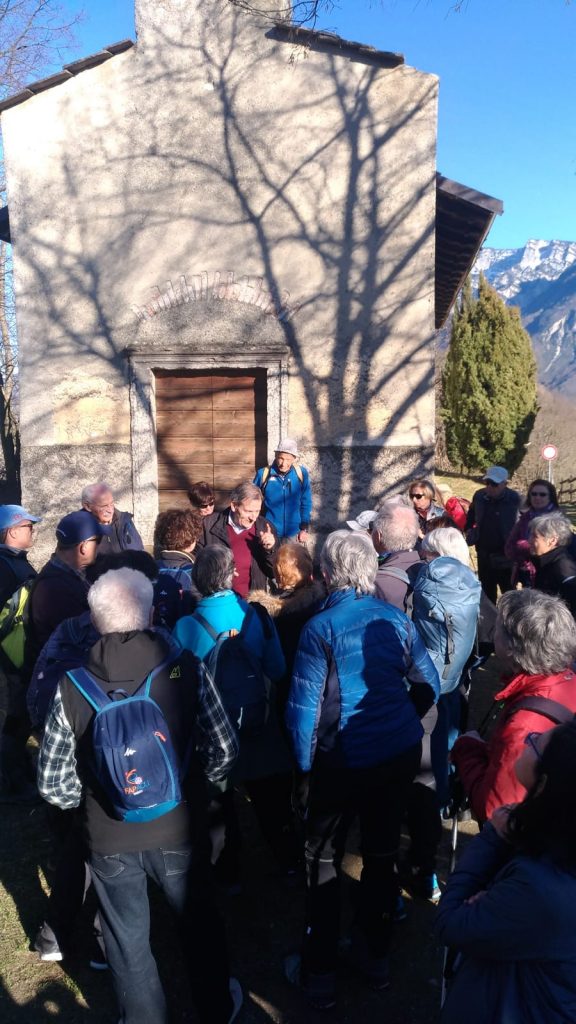 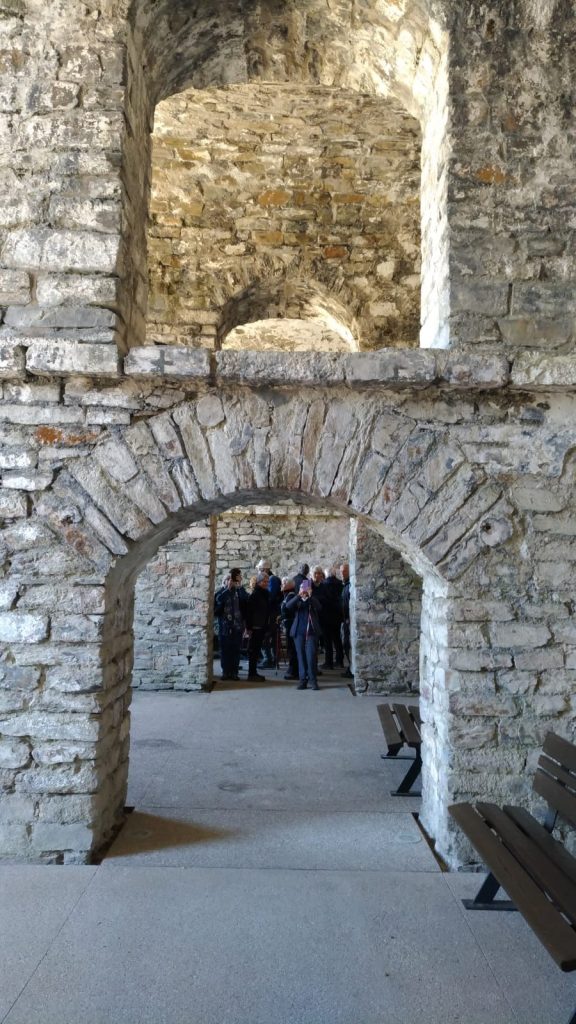 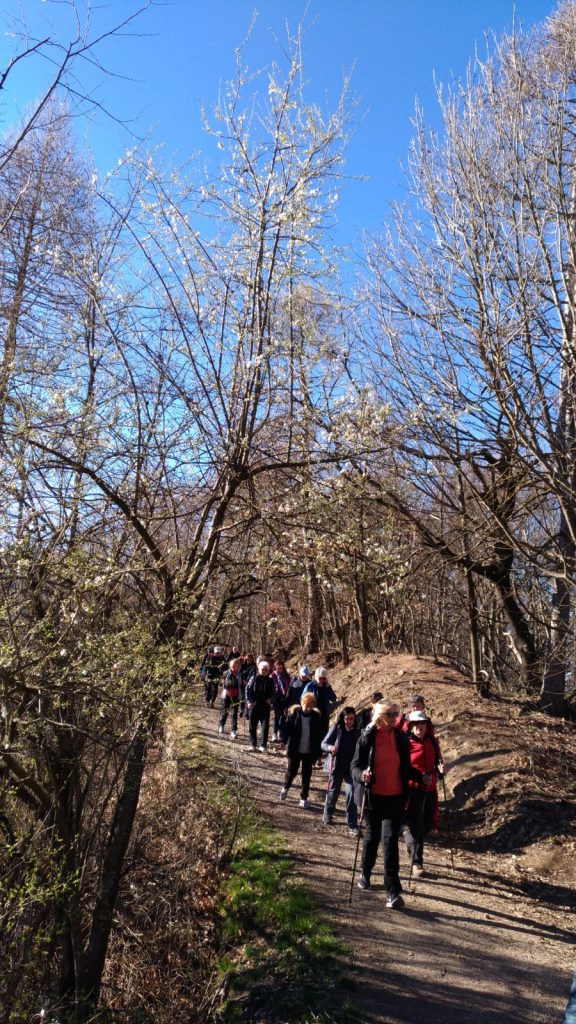 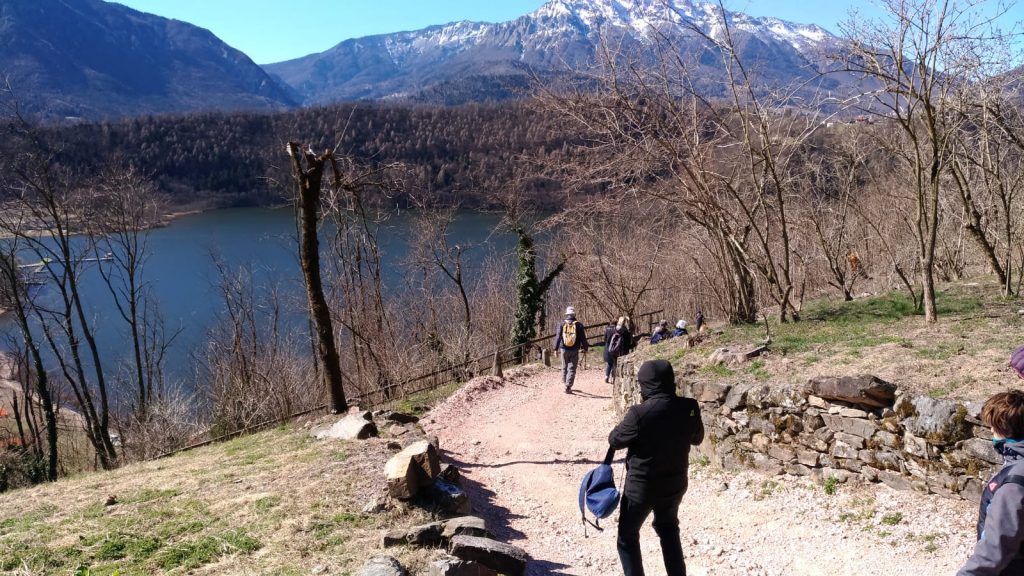 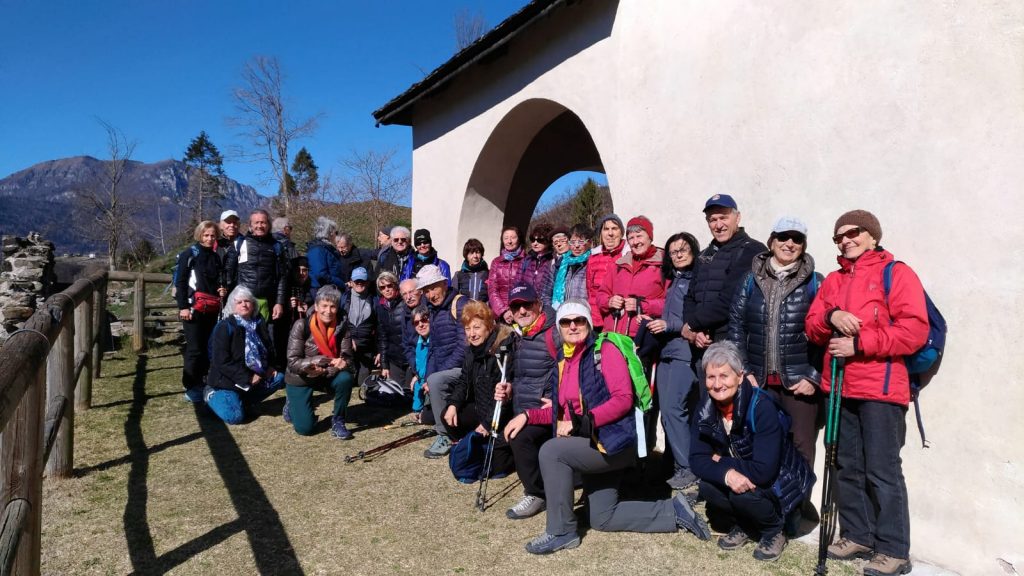 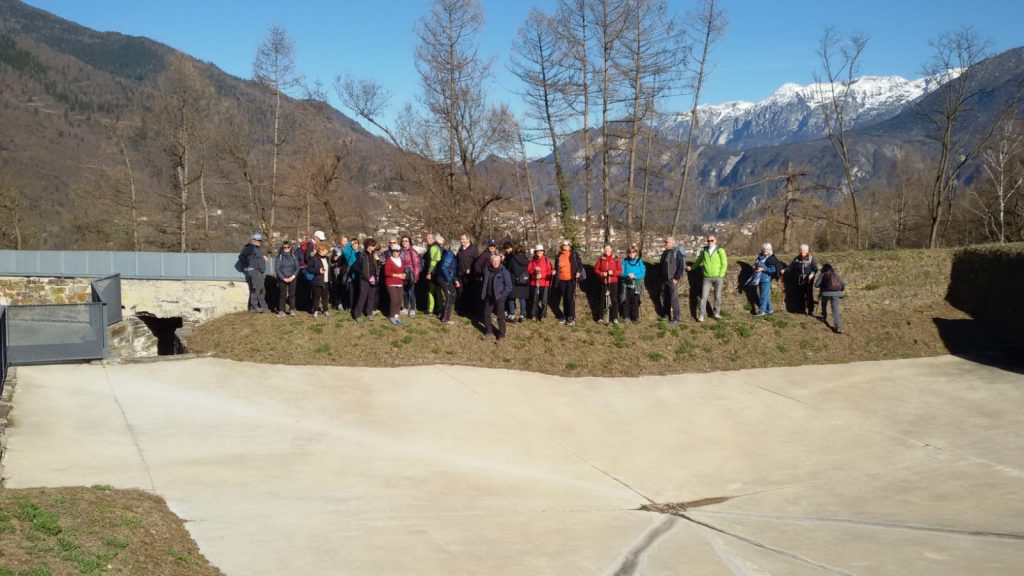 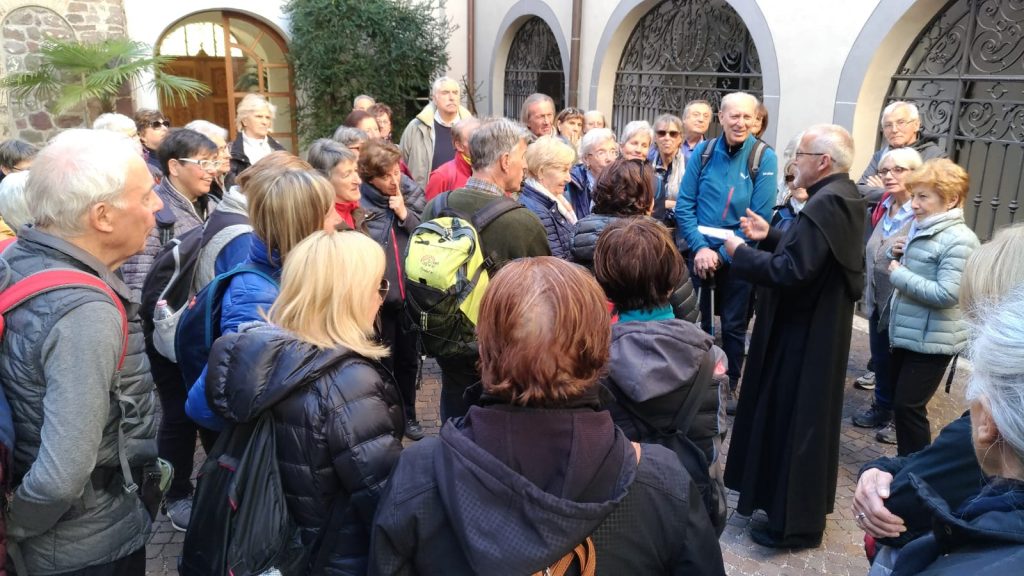 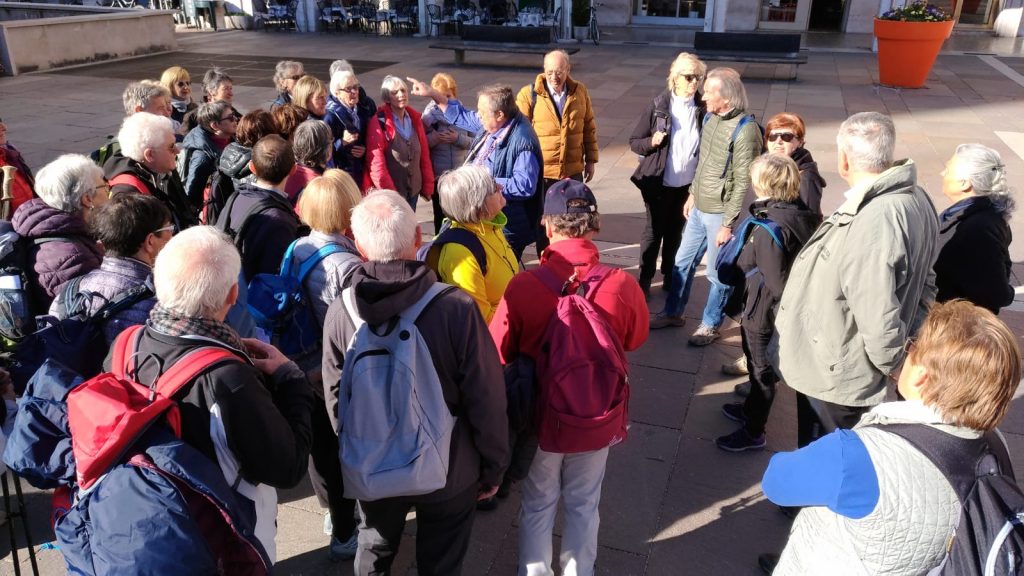 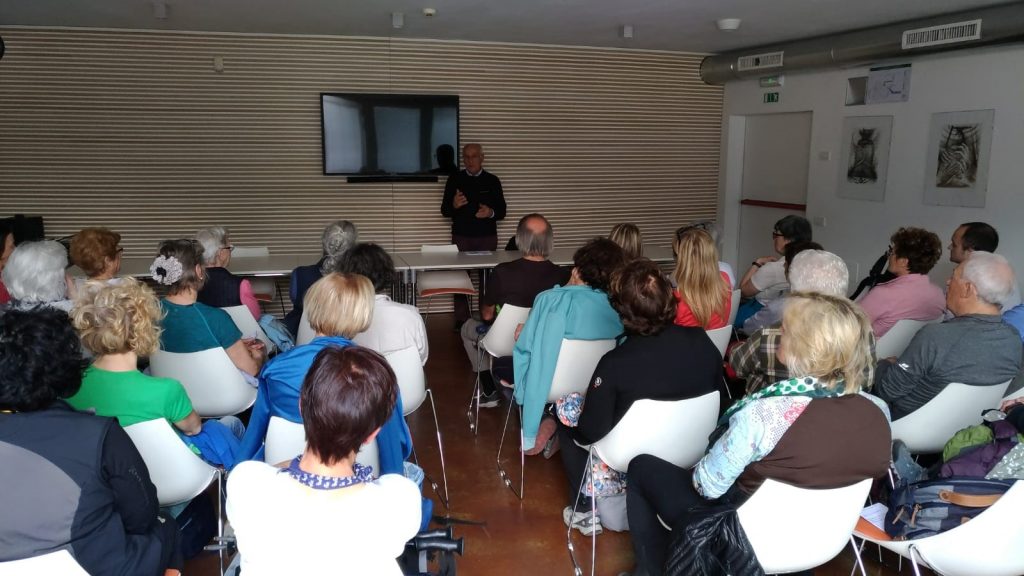 A conference to understand how to beat cyberbullies

UNDERSTANDING IS GOOD FOR HEALTH: THE FIRST BOOK WITH THE "CERTIFICATION STICKER" IS IN THE LIBRARY NOW